The USS Midway closed early in the evening, on Friday, July 10th, exclusively for Crave Escape attendees to roam around the hangar, grab drinks, and watch celebrities walk the red carpet. A separate VIP section was established for lucky guests to get dinner and find a good seat to watch the concert from the side of the stage.

The evening’s emcee was none other than Orange Is The New Black starlet, Taryn Manning. With her radiant personality, Manning lit up the night with her enthusiasm for live music and the comic book fandom.

This year’s Crave Escape featured energetic performances from Cathedrals, Bad Suns, and Cold War Kids, a range of alternative rock acts from the ones you should know to the ones who have successfully climbed popular radio charts. The music was a melodious accompaniment to the sorbet sunset over the ocean, making for a photographic evening.

To create a more interactive experience for fans aboard the ship, Alienware hosted a gaming cosplay contest! It allowed Comic-Con fans to bring their passion for Comic-Con to beyond just the San Diego Convention Center. In the hours leading up to the party, Alienware selected 25 finalists at the convention to walk the fashion runway at the Crave Escape party. All finalists were surprised with two priority access passes, free drink tickets, and a $100 Alienware gift card. At the fashion show, one grand prizewinner was selected to take home the ultimate giveaway: an Alienware Alpha and a $500 Alienware gift card!

Hundreds of guests filled the USS Midway throughout the evening, and the artists who attended the party were met with plenty of opportunities to meet with press about their upcoming projects. Crave Escape was heralded by many publications as one of the hottest Comic-Con parties and Mirrored Media was also recognized for producing such a large-scale event.

For Comic-Con 2015, Crave Online sought out to make their annual Crave Escape party one of hottest attended parties in San Diego, CA that weekend. Mirrored Media came on board to partner them with the right brands and talents to make their party aboard the USS Midway a big hit with fans. 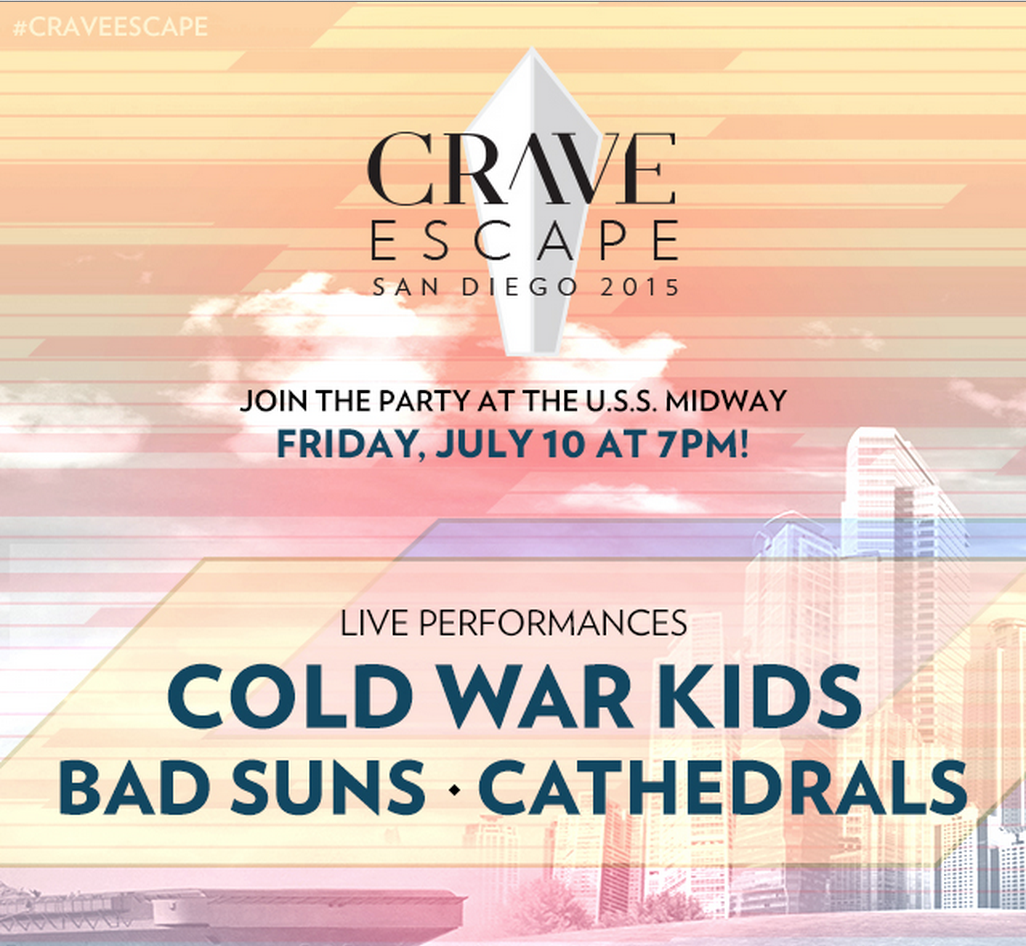